Horseback riding and riding holidays in Hungary; walk in the footsteps of the hussars.
The Hungarian Plain stretches over 45,000 km² and thus over half of the country. However, it is home to only a third of the population. Much of this area was swampland until the 1920s when a program to drain the marshes was initiated. The large drainage channels are one of the main features of this landscape. On a horseback riding holiday in Hungary, you will be riding in the southern Puszta or the Great Plain, which lies between the Danube and Tisza rivers. A little further south is Serbia and the nearest major city is Szeged, which is an important cultural and artistic center in the country.

The sandy soil of the puszta is divided into smaller farm plots and is broken up by pine and acacia forests. Farming is still practiced here according to old traditions in order to produce meat, vegetables, fruit and wine for the residents and their neighbors. This landscape reflects something that has long been lost in large parts of Europe.

Riding in Hungary means walking in the footsteps of the hussars - The horsemen of all horsemen. Enjoy the magnificent conditions and sandy paths for long canter distances and relax after a long ride through the Hungarian Puszta with a relaxing massage or a delicious traditional meal.

Riding holidays in Hungary are an experience for the whole family and an absolute insider trip! 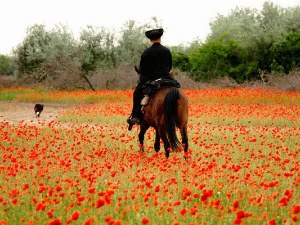